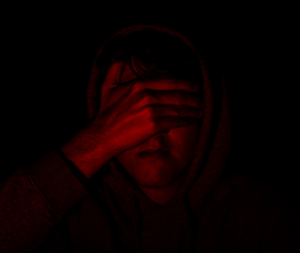 The following signs may mean that a youth is at risk for suicide, particularly in youth who have attempted suicide in the past. Risk is greater if the warning sign is new and/or has increased and is possibly related to an anticipated or actual painful event, loss, or change.

The presence of more than one of the following warning signs may increase a youth’s risk for engaging in suicidal behaviors in the near future:

If you notice any of these warning signs in anyone,

If you think that your child or another youth may need help right now, call the National Suicide Prevention Lifeline at 1-800-273-TALK (8255). Your call is free and confidential. Trained crisis workers in your area can assist you and the youth in deciding what they need right now.

Remember, if anyone is harming themselves now or has just harmed themselves, call 911 or take them to an emergency room immediately.

Overview: According to the latest (2017) data from the Centers for Disease Control and Prevention (CDC), suicide is the second leading cause of death for young people ages 10-24 (Centers for Disease Control and Prevention, 2019). According to the 2017 Youth Risk Behavior Survey, more than 1 in 6 high school students in the U.S. reported having seriously considered attempting suicide in the 12 months preceding the survey, and more than 7% of students (about 1 in 13) reported having attempted suicide in the preceding 12 months (Centers for Disease Control and Prevention, 2018). These statistics point to a serious, yet preventable public health problem. Ninety percent of young people who die by suicide have a mental health condition at the time of their deaths, although often these conditions are untreated, under-treated, or undiagnosed. In fact, over half (54%) of people who died by suicide had not been identified as having had a mental health condition despite the co-occurrence of mental health conditions and suicide. This highlights the need for more education. While most people with mental health conditions do not engage in suicidal behavior, treating underlying mental health conditions is a key component of suicide prevention by facilitating the capacity of people to use interventions that help manage suicidal ideation and behavior.

The first onset of mental illness typically occurs in childhood or adolescence, and as children and teens spend a significant amount of their young lives in school, schools have an important role to play in identifying students showing signs of a mental health condition or suicide risk, intervening with students presenting acute risk or who attempt suicide, and responding to completed suicides within the school community. Key tasks for schools in the areas of suicide prevention, intervention, and postvention are detailed below.

There are 2 key tasks for schools in preventing youth suicide: (1) Schools can identify students at risk, and (2) Schools can work with parents and guardians to ensure students at risk are assessed and evaluated by a mental health professional (within or outside the school setting), according to school protocol or policy.

As children and teens spend a significant amount of their young lives in school, the personnel that interact with them on a daily basis are in a prime position to recognize the signs of mental health conditions and suicide risk and make the appropriate referrals for help. To be able to do this, they will need effective training to acquire the necessary skills and confidence to intervene with youth at risk, and mandated training is one way to ensure that all school personnel have a baseline understanding of suicide risk and the referral process.

Suicide prevention training for school personnel is targeted within the updated 2012 National Strategy for Suicide Prevention (NSSP), which includes 4 strategic directives and a set of 13 goals and corresponding 60 objectives that recommend a variety of organizations and individuals become involved in suicide prevention. Specifically, Goal 7 of the revised NSSP is to “Provide training to community and clinical service providers on the prevention of suicide and Updated: 1/14/2020 AFSP: State Laws on Suicide Prevention in Schools (K-12) Page 2 of 10 related behaviors.”

These community-based and clinical prevention professionals include educators and school personnel, as their “work brings them into contact with persons with suicide risk,” and they should therefore be “trained on how to address suicidal thoughts and behaviors and on how to respond to those who have been affected by suicide.” Corresponding Objective 7.1 specifically indicates school counselors as persons “on the frontlines of suicide prevention” that should receive training, and recommends that schools, colleges, and universities “train relevant school staff to recognize students at potential risk of suicide and refer to appropriate services.”

Several other objectives within the NSSP (Objectives 1.1, 3.1, and 5.2 specifically) also assert that suicide prevention should be integrated into the values, culture, leadership, and work of educational institutions, and that schools, colleges, and universities have a role to play in “training personnel who are in contact with individuals with suicide risk, and providing support to individuals in crisis,” (U.S. Department of Health and Human Services Office of the Surgeon General and National Action Alliance for Suicide Prevention [U.S. Dept. of HHS & Action Alliance], 2012).

Prevention efforts cannot be done in isolation. Preventive approaches like training school personnel to identify risk factors and warning signs should be built on a foundation that also responds to two serious issues currently facing schools – students at high risk of suicide and a death by suicide in the school community. With intervention and postvention policies in place to ensure students at risk receive appropriate services and that suicides in the school community are addressed safely, preventive approaches such as staff training will be even more likely to prevent suicide.

This is why it is imperative that schools adopt comprehensive policies and procedures on suicide prevention, intervention, and postvention to support personnel and to provide them with a clear roadmap, accessible year-round, for how to prevent, intervene in, and respond to student suicidal behavior.

Comprehensive policies and procedures that incorporate methods of suicide intervention in addition to preventive measures will ensure that educators have guidance around and are supported in intervening with students at high risk for suicide or who attempt suicide at school.

With a comprehensive intervention policy in place, educators will be empowered to intervene appropriately and confusion over educator roles and the referral process will be eliminated. Many schools cannot directly provide mental health services for students at risk, nor should teachers be taking on that role. Therefore, it is important that in-school and community mental health service providers to whom students can be referred are identified during the development of school policy and that these service providers and parents be involved while developing intervention protocols.

It is also critical to ensure that the mental health service providers receiving said referrals have been trained in suicide assessment, treatment, and management.

The term “postvention” refers to the coordinated school response following a completed suicide in the school community.

Suicide in a school community is tremendously sad, often unexpected, and can leave a school with many uncertainties about what to do next. Faced with students struggling to cope and a community struggling to respond, schools need concrete, pragmatic guidance on how to support both students and staff – before a crisis occurs. A comprehensive school policy that incorporates methods of postvention will ensure that educators know how to respond safely when a suicide occurs in the school community, avoiding Updated: 1/14/2020 AFSP: State Laws on Suicide Prevention in Schools (K-12) Page 3 of 10 suicide contagion or “copycat” suicides, and that educators are equipped to support affected students and their families as well as fellow school staff. Research shows that effective postvention support can contribute toward overall preventive efforts.

·        training must be based on best practice recommended by the Department of State Health Services in coordination with the Texas Education Agency and may be completed via independent online review [adopted 2015];

·        Requires that minimum academic qualifications for certified educators also require instruction regarding mental health, substance abuse, and youth suicide, provided through a program selected from the list of recommended best practice-based programs established under §161.325 Health and Safety Code, and including effective strategies for teaching and intervening with students with mental or emotional disorders, including de-escalation techniques and positive behavioral interventions and supports [originally adopted 2013, amended 2015]